Ultra Fairwood, the collaboration between Ultra and Fairwood created to bring the Ultra technology to Asia, has been awarded a contract for the world’s first urban Passenger Rapid Transport (PRT) system in Amritsar, India.

Amritsar represents the first urban application of PRT. At peak capacity the Amritsar system can carry up to 100,000 passengers a day on a 8km / 4.8 mile elevated guideway in over 200 pods between seven stations, making it the world’s largest PRT system to date.

Financed entirely by private funding on a build, own, operate transfer (BOOT) basis, passenger services will go live in 2014.  Although the cost of the scheme is subject to commercial confidentiality, it demonstrates that a large scale urban PRT system can be delivered on a financially viable, fare-based model and offer very real returns for financial backers. Amritsar is home to the holiest shrine of Sikhs, the Golden Temple, and is rich in historical, religious and heritage sites.  As such it’s a big draw for large numbers of visitors, especially during festivals and religious events, as pilgrims flock to the area.  Up to 500,000 people visit the Golden Temple on important religious festival days.  The PRT system will ease congestion and reduce the current long travel transit times.

The route will focus on taking passengers from the railway and bus stations to the Golden Temple and will: 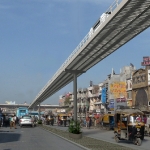 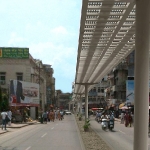 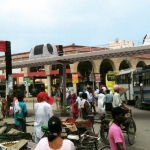 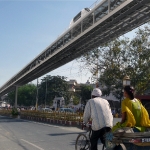 Note that Ultra Global is not responsible for the content of external links.