Heathrow is offering one brand the chance to target the millions of business travellers that pass through Terminal Five each year in a unique sponsorship opportunity.  The airport is looking for a partner to become the official sponsor of its Heathrow pod personal transport scheme, the airport’s most innovative transport system and the first new example of transit technology in 100 years. 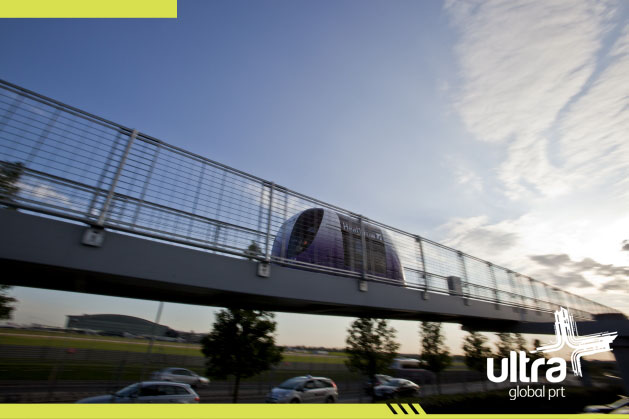 The battery powered, driverless vehicles which are already attracting global interest after launching last month, will enable the chosen sponsor to communicate directly with more than 500,000 passengers every year as it travels between the Terminal 5 Business Car Park and the main terminal.

As a vital hub for business travel, with flights to leading financial centers such as New York every 30 minutes during peak periods, the sponsorship opportunity is expected to attract many brands keen to communicate with the 26 million passengers expected to travel through Terminal 5 in 2012 – of which 42 per cent will be traveling for the purpose of business.

The seven-figure, three-year sponsorship package will start in January 2012 and includes sponsorship of the exteriors of the pod stations, directional signage within the car parks and terminal as well as exterior and interior spaces in the pods.  Sponsors will also be able to take advantage of the digital video screens within the vehicles which will play during the journey to deliver an immersive advertising experience.

The tender process will begin on Monday 24 October with potential sponsors and their agencies being invited to register their interest for a short-listing process culminating in an e-auction, hosted on an online portal.

Developed by UK company Ultra Global PRT and BAA, the unique Heathrow pod system – which started life as a Bristol University project and are being seen as an important solution to reducing carbon emissions in our cities – provide passengers with on demand and non-stop transport from start to destination at the touch of a computer screen.  As well as reducing the time it takes business passengers to move between Heathrow’s Terminal 5 and car parks by 60 percent, the eco friendly pods use 70 per cent less energy than a car and 50 per cent less than a bus.  They are expected to eliminate 50,000 bus journeys on the roads around Heathrow each year.

Since their creation, the pods have achieved high profile coverage with the launch generating coverage in outlets worldwide including The Times, The Daily Telegraph, Reuters, Sydney Morning Herald, BBC, ITV, CBS and D La Repubblica.  They have also been generating significant interest on social media channels such as twitter.

Juan Perez, Head of Media and Sponsorship at Heathrow said: “The Heathrow pod system is a world first, making this a one-of-a-kind sponsorship opportunity. It will give the successful brand a unique way to engage with the high number of business passengers that come through Heathrow each year.

“We are looking forward to embarking on the process and receiving submissions from partners who, like us, recognize the exciting potential of this opportunity.”

Fraser Brown, Managing Director of Ultra Global PRT, added: “When we officially launched the Heathrow pods last month we were overwhelmed by the reaction they received, not just from Heathrow passengers, but from people right across the world.

“Our excitement for this pioneering British technology is being shared by town planners, architects, other airports, business parks,
campuses, retail and residential destinations from the US, Europe, India, Mexico and the UK, who believe that this system could revolutionise transport in urban environments.  We’re already in talks with them and will be making an announcement on our next pod system very soon.”